“Some of adults are busy trying to build a better province” 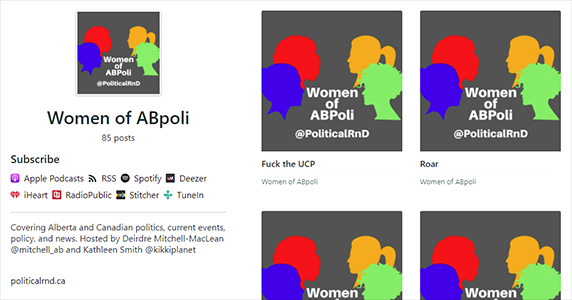 Your favourite Calgary independent news source, your favourite new news website, Calgary Chronicle was swept up into an exciting Twitter-storm this morning. We made the mistake of asking Calgary City Councillor Druh Farrell to clarify her post accusing Chief Medical Officer Deena Hinshaw of sitting on her hands.

Farrell is highly political on Twitter endorsing controversial books by American authors such as Ibram X. Kendi and liking posts not just critical of the United Conservative Party but also their supporters. Although she has blocked us for asking how Kendi’s stances concerning “anti-racism” and “critical race theory” benefit the tax payers of Calgary during the current public health emergency, she couldn’t help but make light of the situation tweeting memes instead of clarifying her position.

Not to be outdone, self proclaimed “adults” rushed in to bolster Farrell’s critique of Hinshaw.

Kathleen Smith’s bio promotes a podcast with titles such as “Fuck the UCP” and “Eat my Meatloaf”.

Is this what a better province run by “some of adults” looks like?