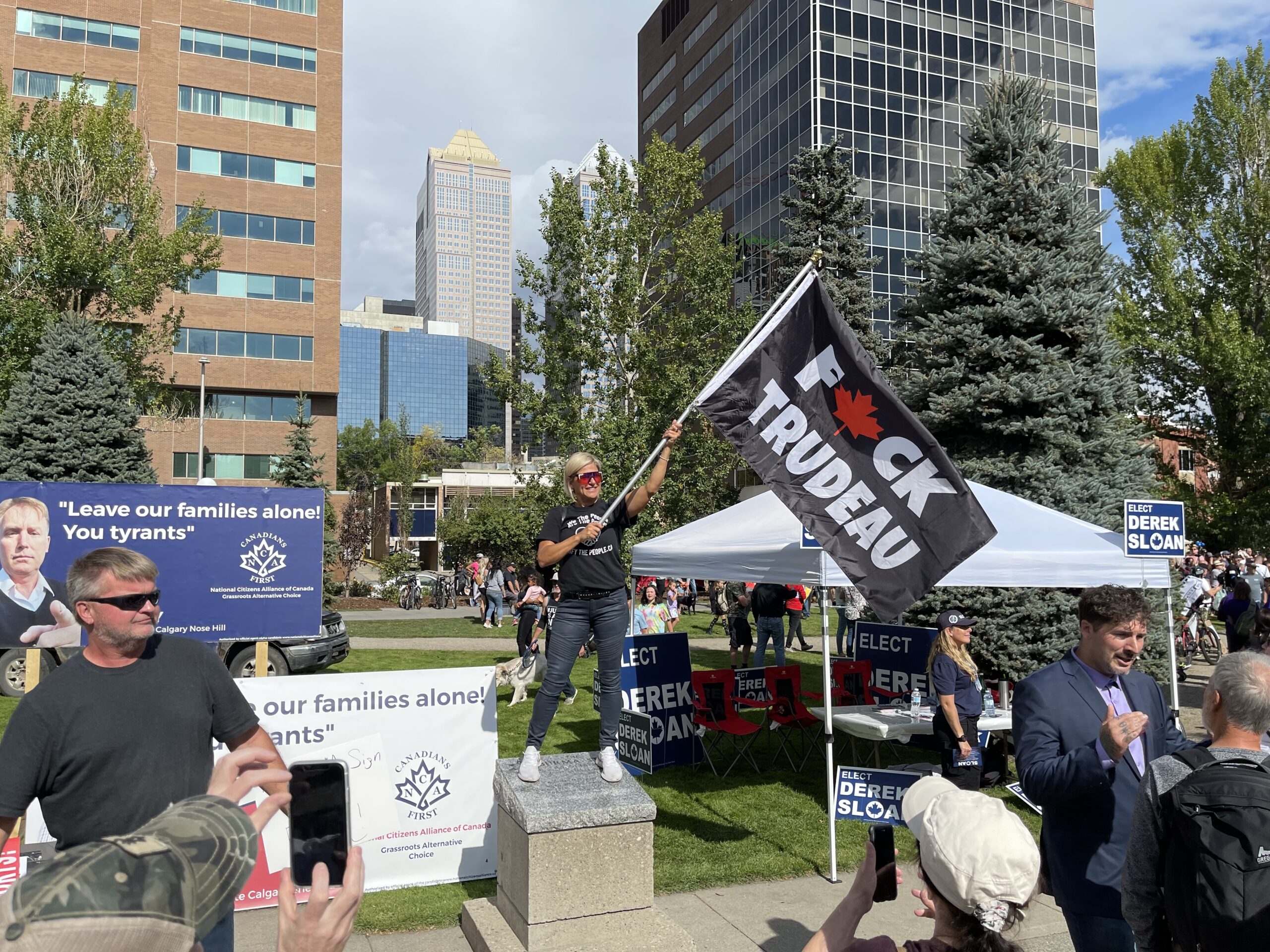 A large number of attendees visited Central Memorial Park in Calgary on September 18th, 2021 for a “Freedom Rally”. Speakers included candidates in the upcoming Federal election: Maxime Bernier, leader of the People’s Party of Canada and Derek Sloan, independent candidate in Banff-Airdrie. An estimate by a Post Media reporter was “at least 1,000“

Derek Sloan spoke to the crowd calling the rally a “revolutionary event”.

Speaking for a short time Maxime Bernier remarked “We will not compromise with our principles.”

Organizers lead a peaceful march westbound on 17 Ave South to 14th street. The march appeared to be several blocks in length. A small number of passers-by could be seen shouting at the crowd and some gave the middle finger.